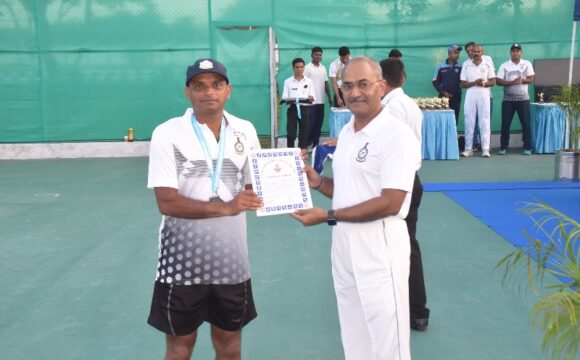 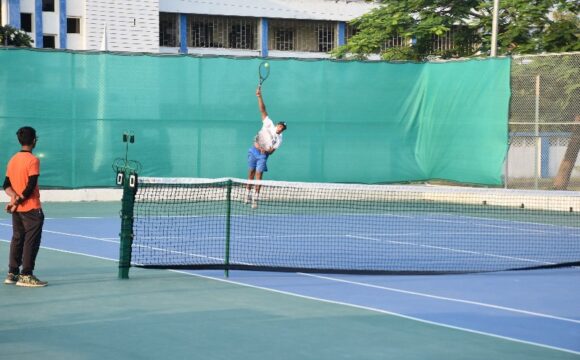 During the closing ceremony of the Championship on 21 Oct 22, Air Marshal Vibhas Pande, Air Officer Commanding in Chief of Headquarters Maintenance Command was the Chief Guest. After the prize distribution ceremony during his closing address, he congratulated the winners and appreciated all the participants, official of the Air Force Sports Control Board (AFSCB) and the Commanding Officer of HQ MC (U) who was instrumental in organizing the event. 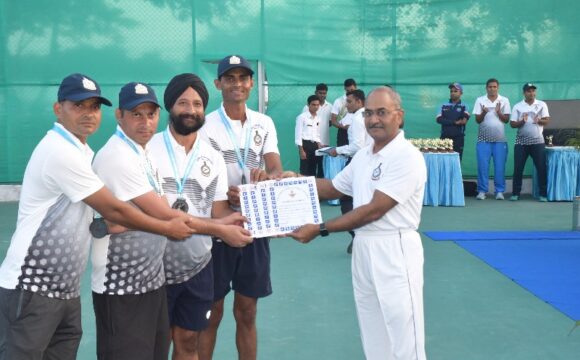 He expressed his happiness for the closely contested games which were played in the true spirit of sportsmanship and enthralled the closely packed audience. The matches not only showcased the talents and great potential of the players but generated a lot of enthusiasm amongst the air warriors to pick up Lawn Tennis as a sport. He urged the players to strive for excellence as they have already displayed a great deal of promise and make the Indian Air Force proud by winning laurel at the Inter Services Competitions as well as at the national level which would follow subsequently.